About the Experimental Literary World 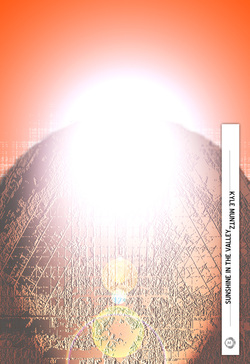 
This is a list of fifteen of my favorite novels, in no specific order. I decided to limit it to one per author, but for the first five in particular, it would be safe to include their entire body of work.

Despite its recognizable name and notorious influence, Gravity’s Rainbow remains the most misunderstood novel of the twentieth century. This was one of the first postmodern novels I read, but still, stylistically, I think it’s the best. There’s nothing like a Pynchonian sentence, with its range of association and spectrum of experience, extending backwards and forward in time, encompassing absolutely everything: complex ideas, paragraph long metaphors, elaborate poetry. A lot of the time, when you hear this novel discussed, readers completely miss the sheer beauty of it. I’m not sure if Gravity’s Rainbow is my favorite novel, but it was certainly one of the most influential.

Delany is one of the most accomplished novelists/essayists/thinkers of the twentieth century, and this is his magnum opus. Released right in the middle of his career, Dhalgren combines an impossibly polished aesthetic with conceptual exploration, structural innovation, and narrative thrust. In order to really understand Delany, you have to read everything he’s written, but this is the best place to start—and the best place to finish, as well.

Gene Wolf is, in my opinion, the best science fiction writer of all time, and in all of literature, there’s nothing on quite the same level as The Book of the New Sun. Wolfe is a deft stylist, a gifted surrealist, and takes “plot” so far that, in comparison, everything else feels small. This is Wolfe’s most postmodern novel, and the best place to start reading him. It really is “the book of gold”, for various different reasons.

Metaphysical short stories. Borges had an amazing mind alongside very impressive erudition, and was able to conjure the entire universe in just one sentence. There are planes of thought where everyone should go at least, and Borges takes us there. Though he only ever wrote a few volumes of short stories (as well as a number of excellent essays), somehow, his work seems to contain the entire history of western thought.

Again, this is Murakami’s major work, and the best place to start reading him. Despite his accessible prose, Murakami is eminently complex and quintessentially innovative—all of his novels are good, but this one is even better. Surreal, structurally engaging, and extremely enjoyable as well, The Wind-Up Bird Chronicle simply couldn’t be better than it is.

No one writes better than Joyce, or ever will. He’s the threshold of aesthetic, and everyone who cares about quality prose should read Ulysses at least once. There have been more immediately enjoyable novels, but never a more sophisticated one.

I always refer to Eckhard as our best writer of contemporary experimental fiction, as this is probably his most complex and ambitious novel. Encompassing countless genres, styles, and spheres of influence, Cistern Tawdry is an absolute masterpiece of innovative fiction.

Aside from being the best novel ever to come out of Scotland, Lanark illustrates life before and after death with extensive metatextuality, formal innovation, wit, and dangerously sharp prose. Just holding it in your hands, you know you have something special.

Avant-garde of the destroyed body. Kathy Acker’s writing is intense, visceral, and completely unique. Read all in one sitting, this is the kind of work that reminds you just how effective experimental fiction can be.

In Watermelon Sugar is a singularity. Brautigan writes delicately, with his trademark wit, but never better than he did here.

This is Nabakov’s most complex, accomplished, and polemical novel. It’s also the one that evokes the greatest emotional response—and, expectedly, his most neglected, largely because it takes place in a parallel universe, and is so much more demanding than the rest of his work. Nabakov has an immense reputation, but in all honesty, this is the only novel that really merits it. Ada is his magnum opus.

A “gem” in every sense of the word. Japanese postmodernism is rarely translated into English, but luckily, Sayonara Gangsters is one of the few that made it over. Takahashi’s imagination is immense, almost unbelievably clever, and no page of this book is anything less than perfect.

Another surreal science fiction series. M. John Harrison has always been on the cusp of literate genre fiction, and this is his best work. The series is philosophical, virtuosic, and strangely amorphous—one gets the sense that his universe is constantly shifting, more of an imaginary landscape than a physical one.

15. Michael Ventura—The Zoo Where We Are Fed To God

I read this novel a little while ago, and it left me in shock. The sheer impact of it is difficult to put into words. Literature is always searching for truth and beauty, but this is one of the rare times where it actually finds both of them.


The Future is Here
by Leiu Whicker

I like to keep up with new developments in art – all the tangible forms of art that presently exist anyway.  I’ve made it my life’s mission to discover the new geniuses as they appear.  Having determined that this new genius is most likely to appear in literature than any other art form (I will not here make those arguments), I have been scouring the small presses for the first signs of a rising talent.  Have I found something yet?  I may just have!  There are two names building away in the background that have me excited – the first is Ben Pullar, a writer from Brisbane; the second is, not by coincidence it seems, also from Brisbane.  It is this second writer’s second book that I plan to review herein.  Prism and Graded Monotony by Dominic Ward is a vicious look at the world from the existential perspective of death.  Lord, I’ve read that before, I hear you say.  And true, this guy does seem to have a direct line to Nietzsche, yet there is something compelling, charismatic in the way he goes about his philosophy.  The devices are all highly original, for one.  I’ve never read a single work that riffs on the everyday paraphernalia of self-prescription, itself a method of keeping the body against the risk of death, no matter how backgrounded within the minutiae of everyday life this may seem.

The book reads like stream of consciousness, yet I warn you that it is not.  If you attempt it, struggle and are tempted to bin it with the retort, ‘this dude doesn’t even know what he’s writing.  He’s had no control over the process whatsoever,’ let me assure you that you’d be wrong.  What is obvious here is the complete and total obsessive compulsive control.  This guy probably doesn’t let his wife off the short leash much, and it’s evident in the way he has painstaking constructed his prose.  This is not stream of consciousness – this is far more dangerous than that.  It’s perfect, animated control over the sub-conscious and therefore the collective unconscious.  We are all in this book, though at first glance we might struggle to see this.  But read deeper and the visions become clearer.  This book is the conversation you’ve had with yourself about what will happen and how you’ll feel when those close to you leave this world.  It’s the great look into the abyss you’ve had on the operating table as the anaesthetist has just wished you a good night and happy dreams.

This will not prove to be Ward’s best book – he is young and he will blossom more fully in a decade or so.  But Jesus, this is some serious work.  The publishers, jointly CCM and Eckhard Gerdes’ Journal of Experimental Fiction, have scored adding this book to their catalogue.  Mind you, the CCM catalogue, a new publisher based in the States, is already rock steady and they are a publisher I will be following very closely in the future.

Prism and Graded Monotony was published this year by CCM and is available both from their website (www.copingmechanisms.net) and Amazon.

Leui Whicker is a part-time writer and illustrator and a full-time devotee of the arts. He is currently working on a collection of poetry and images. He lives and loves in Cairns, Australia.